YWCA Spokane was proud to honor these 7 amazing women for their many contributions to our community during the 34th annual Women of Achievement awards luncheon on Oct 7th, 2016. 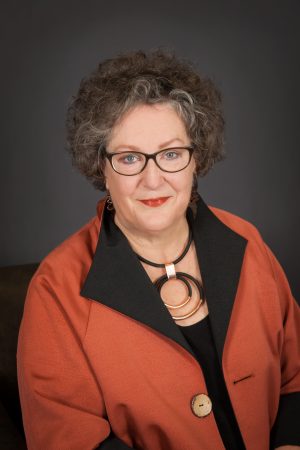 Jan Wigen has supported the arts and cultural health of Spokane in significant ways all her adult life.  Although her day job as a Principal & Consultant at Mercer Health & Benefits for the last 15 years (retired in 2014) was as a business professional, Jan continued (and continues) to support the arts through obtaining corporate support for events, her own continuously growing collection of art from local, regional and international artists, and as an avid ticket purchaser (while proselytizing others to do the same) for a broad spectrum of music, theater, dance, visual arts, and all creative endeavors.

In earlier years, Jan’s love of the arts was expanded due to her work as the Development Director of the Eastern Washington State Historical Society (aka Cheney Cowles Museum and Campbell House, now the MAC). Jan was awarded the Silver Award for Marketing Institutional Excellence (AMIE) by the American Association of Museums. During her nine years with the museum, she raised funds to support the programs and activities of the museum through individuals, ticket sales, corporations, businesses, and foundations.  Prior to serving at the museum, Jan supported the work of the Museum of Native American Cultures (MONAC) then located on the Gonzaga University campus and was an invited speaker at the AAM (American Association of Museums) national conference in New Orleans.

Jan’s support of the arts and cultural vitality of our region is “aided & abetted” by her husband, Larry Ellingson, former business owner, now retired and pursuing multiple artistic and creative endeavors.  Together they rejoice in all the creative energies they find in this world, and especially in Spokane, and do what they can to support that creativity.

Currently, Jan serves as a Trustee for the Community Colleges of Spokane, appointed by Governor Jay Inslee and has served on many other local boards throughout her nearly 40 years in Spokane. As a capstone to her career with Mercer, she received the national Risk & Insurance Magazine’s “Power Broker” award, based on testimonials from her clients to the magazine’s editorial staff. 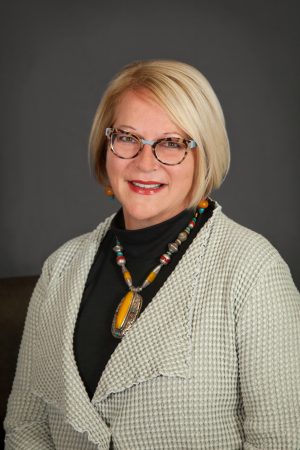 Joyce M. Cameron is the Chief Development Officer for the Providence Health Care Foundation in Spokane and recently graduated from Providence Leadership Formation. Prior to that, she was the Director of Development & Public Relations for the Northwest Museum of Arts & Culture (MAC) and the Executive Director of the MAC Foundation. Her past development positions include Director of Public Relations & Development at the American Red Cross where she traveled nationally to disaster areas performing fundraising, public relations and cause-related marketing efforts. While at the Red Cross, Joyce received the prestigious national Red Cross marketing & development award from Elizabeth Dole, then the Red Cross President.  She also held PR, Marketing and Fundraising positions for the YWCA, Planned Parenthood and Eastern Washington University.

Joyce has been involved in many other professional organizations the past 30 years and currently sits on the boards of Visit Spokane, Northwest Harvest, and the American Red Cross. She has also been involved in boards for the Spokane Advertising Federation, Planned Giving Council, YWCA Spokane, Go Red for Women, Leadership Spokane Alumni Association and the MAC. She received the Spokane Ad Federation’s Advertising Professional of the Year Award.  Joyce was also the recipient of the Women in Business Non-profit Leadership Award from Catalyst Magazine.  She has also been a dedicated advocate for women’s and children’s issues in this country and in Peru. 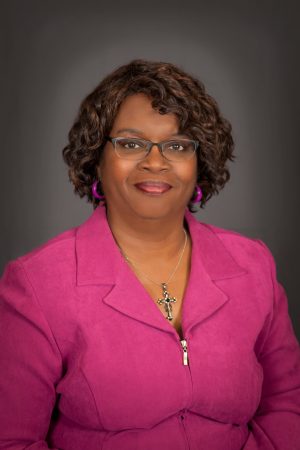 Dr. Roberta Wilburn has devoted over 35 years in the field of education. She came to Spokane 10 years ago when she was recruited by Whitworth University to take leadership of their graduate programs. Under her leadership, the programs have grown and she now oversees 14 graduate programs that include preparing teachers, principals, school counselors, marriage and family therapists, social and behavioral health professionals, and administrators.

Dr. Wilburn is a very creative and innovative educator and has developed cutting edge programs that not only benefit Whitworth’s students but the community as well. As the Associate Dean of Graduate Studies in Education and Diversity Initiatives, Dr. Wilburn has been instrumental in increasing the population of Black and Brown students, professors and staff on the campus of Whitworth University. She teaches courses on diversity, equity and inclusion as well as a course on cultural competence. She created the “Actualizing Our Commitment to Diversity Initiative” in the School of Education and as a result of her passion for increase cultural awareness and social justice, her job title was changed to include diversity initiatives.

Dr. Wilburn now provides oversight for all diversity initiatives in Education and she also was asked to serve on the Institutional Diversity Committee by the President and Provost. Dr. Wilburn has also taken her diversity work into the community where she advocates for parents and children of color in Spokane Public Schools (SPS) by accompanying parents to conferences, meeting with the Superintendent, and serving as a part of the SPS Community Action Team. 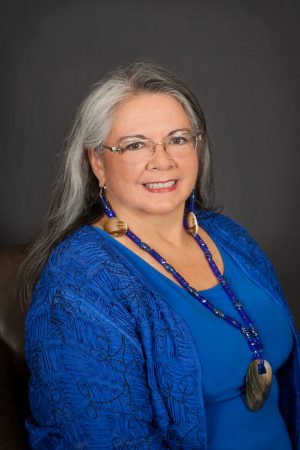 As director for Native American health sciences programs at WSU Spokane, Dr. Robbie Paul has worked tirelessly to recruit and retain minority students. The Intercollegiate College of Nursing Education was the institution that recruited Dr. Paul to recruit and retain Native Americans into the nursing program. As part of this, Paul was to create a pipeline program to encourage Native American high school students to explore the career of nursing by hosting a hands-on learning nursing camp. The pipeline camp has been transformational for students and has evolved to include all the health careers to inspire and encourage our native youth to explore careers in this field.

The camp, known as Na-ha-shnee, has served over 470 Native American high school youth from the states of Washington, Idaho, and Oregon, though students have come from as far away as New York, Maryland, New Mexico, Nebraska, Montana, Alaska, and Arizona. The camp counselors are current Native American health care students from WSU.  More than 70% of students who participate have gone on to college, many graduating in health sciences. Dr. Paul has helped 57 Native American Bachelors of Science Nurses, 8 Masters of Nursing students, and two Doctor of Nursing Practice students graduate. In addition, 70 % of these graduates have returned to their communities. Dr. Paul is retiring this year, after more than 22 years of operating this camp for young Native and Alaskan Indians.

Dr. Paul is an enrolled Nez Perce Tribal Member. Her love of community and her heritage has absolutely paralleled her commitment to eliminating racism and empowering women.  In 2014 Dr. Paul was awarded the WSU Woman of Distinction award. Last year she was awarded the very prestigious national award, the 2015 Enduring Spirit Award, one of four recipients in our nation!  The national award honors Native American women who have devoted their lives to creating positive outcomes for their communities. 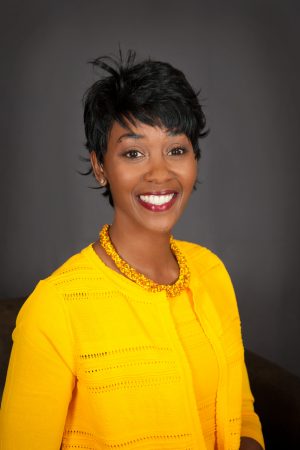 Dr. Chrissy Davis Jones began her work at Spokane Falls Community College in 2010. She has direct oversight of academic advising and counseling, new student orientation, testing, peers services, multicultural programming and services, student conduct, mental health/mental wellness services, and academic early alert system.  She has led significant reorganization within the college of advising and counseling division as well as streamlining and improving new student orientation and mentoring programs. Dr. Davis has been published in academic journals and is recognized for her knowledge and expertise in student services.

Dr. Davis Jones currently serves on the Title IX Administrative Panel, Executive Steering Committee for Accreditation, Instructional Deans Council, and Diversity and Equity Council. She has been recognized for strengthening intercultural leadership and communications and has been a champion for equity, serving on the CCS Diversity and Equity Council, and supporting the graduations of CCS students of color. Dr. Davis’ leadership extends throughout the Spokane community, the State of Washington and the nation. As a recognized educational leader in student success programming, she has taught at the National Academic Advising Association institutes across the country and has brought national experts to the annual Inland Northwest Academic Advising Symposium. She also serves on the Region V Advisory Board of the National Association of Student Personnel Administrators, Alpha Kappa Alpha Sorority Inc., Inland Northwest African American Graduation Committee, and is the Teach-o-Rama education chairperson for the National Sorority Phi Delta Kappa. 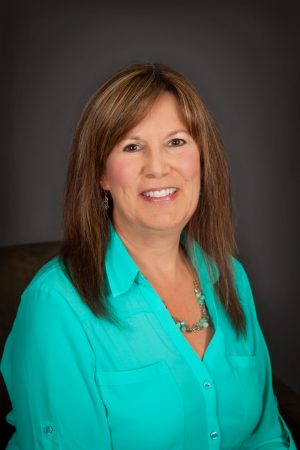 Dr. Lisa Shaffer is the Founder and CEO of Genetic Veterinary Sciences, Inc. (DBA Paw Print Genetics). Prior to Paw Print Genetics, she was the co-Founder, President and CEO of Signature Genomic Laboratories. Dr. Shaffer received her BS in Biology from Washington State University, Pullman in 1984 and her PhD in Human Genetics from the Medical College of Virginia, Richmond in 1990. She served at various ranks as a Professor in the Department of Molecular and Human Genetics, Baylor College of Medicine from 1991- 2002 and as a Professor in the School of Molecular Biosciences, Washington State University, Spokane from 2002-2008.

Dr. Shaffer is currently an adjunct Professor in the School of Molecular Biosciences, College of Veterinary Medicine, WSU, and Pullman. Dr. Shaffer has authored over 300 medical publications, almost two dozen book chapters, and four books in various aspects of clinical genetics. She has served on the Board of Greater Spokane, Inc., the American College of Medical Genetics and also was a member of the Riverpoint Academy advisory council. She is currently on the Board of Life Science Washington (formerly WBBA), the Advisory Council to the Chancellor of Washington State University Spokane, and on the Spokane County Regional Animal Protection Service (SCRAPS) Development Action Committee. Dr. Shaffer is a board-certified geneticist by the American Board of Medical Genetics. 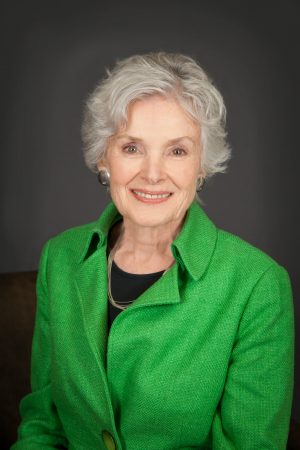 Mari has spent decades advocating for improved outcomes for women and children in need and improved educational opportunities for all in Spokane and throughout Washington State. Always seeking to improve the professionalism and effectiveness of nonprofit boards, Mari has served in leadership roles for a host of important organizations, from the Board of Regents of the University of Washington to the Spokane Park Board to Planned Parenthood to our own YWCA Spokane Board. Her list of board roles is seemingly never-ending.

Mari has always been an active participant in the community. In 1985, Washington Gov. Booth Gardner named her a member of his Cabinet and asked her to focus on outreach in Eastern Washington. About 25 years ago, Mari joined with five of her friends to create Spokane’s Women Helping Women Fund as a granting organization to support programs that assist women and children.  Mari also saw the creation of the fund as a way to advance financial philanthropy among women. She often asked women attending the luncheon to make a contribution that was significant to them—pushing them to make a financial “stretch” to help those in need. Since the first Women Helping Women Fund luncheon in 1993, some $6 million has been raised for Spokane programs, including many programs at the YWCA Spokane. Today, she continues her advocacy work, in particular, supporting the growth of medical education in Spokane through the University of Washington.  In addition, Mari currently serves on the Diversity, Equity and Inclusion Committee for the University of Washington

VISIT OUR PAST WOMEN OF ACHIEVEMENT AWARD RECIPIENTS.